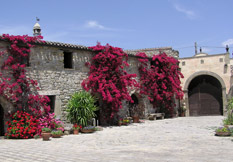 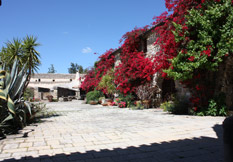 At Suelli stands another important edifice: Casa Ruda, a home-museum with interesting documents and testimonies of the farming life and culture of the Trexenta district. The interiors, carefully and tastefully restored, host congresses, prize-award ceremonies, cultural meetings, wedding parties and evenings dedicated to distinguished guests. Casa Ruda offers a shining example of well-planned restoration. After various attempts to organise home-museums and essays on folklore- inspired reconstruction of structures belonging to the farming culture, which have followed one after the other in recent years, the work accomplished at Suelli, in the Trexenta district is worthy of praise: here an ancient manor house has been restored and brought back to life not only as a residential home, but also as a welcoming reception structure: a living museum, including a capacious restaurant, which can host a conspicuous number of guests. 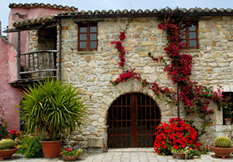 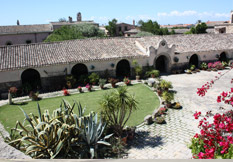 It is a large complex, developing around pleasant inner courtyards and gardens: from the Manor House dating from the end of the 1700s, to the various outbuildings. It is a fine architectural example, which brought this country manor and farmhouse back to life. But the most interesting feature of this complex is the example it provides for a restoration method which could, be adopted for the conservation of ancient houses in the old towns of the Trexenta, the Marmilla and the Campidano districts, all characterised by buildings arranged around open-air spaces.